A.I. Insight: Why Addiction is not and should not be treated as a Disease.

“Contrasted with accountability, being called a disease can have the benefit of lifting some blame, shame, and guilt, but it also has the dark side of helplessness and despair, especially when there is no clear cure to this “disease”.” But, addiction is NOT a disease.

Addiction to an action is often the short term “good” or “pleasure”, controlled by our “nature”, as in our dopamine system, overriding our intellect (nurture) which is telling us that, long term, this will be detrimental to our well-being. Addiction is not a disease, but a habit with short circuit-like properties if we are not vigilant.

There seems to always be and have been a push and pull between nature and nurture as to which is the dominant contributing factor to any given item of study. The reason that it seems to be an eternal struggle is that the two can never be fully separated which is necessary for any determinant study. Many subjects ebb and flow between which is the dominant factor of the contemporary conversation, nature or nurture. It was generally always accepted, intuitively (“naturally”), that nurture was the dominant factor (because, as beings of intellect we like the idea of free will, and we aren’t machines [wink, wink]). If someone is in the presence of and constantly under the lure of an addictive substance or activity, then of course they will be influenced by it. And if they are not subject to its proximity, then surely they will not undergo its influence. But psychology has brought to light many factors which show that addiction can have epigenetic under and overtones which undoubtedly have aroused the “nature” factor to the forefront of epochal conversation surrounding addiction. This change from ebb to flow in this nature-nurture contrast, seems to have overshot, arguably, in favor of nature and so the categorization of addiction as a disease may seemingly have this dynamic as a lead blocker, so to say.

“A disease is a particular abnormal condition that negatively affects the structure or function of part or all of an organism,”

If addiction is a disease than is it not a disease of willpower? “Will” is associated with our choice, as in our free will. The “abnormal condition” would be the will taking the back seat to our desires, impulses, or our passions (as Plato would term them). It is not the action itself that is necessarily detrimental (although, in many cases it is), but rather our inability to resist doing that action at some point; Literally: intellect inhibited by impulse. In beginning stages, our ability to seemingly stop at that moment, gives us a feeling that we can return to safety later like we seemingly can now, which makes it easier to go forward and indulge, in the moment. As if it is reinforced by procrastination, the habit forms. It is our ignorance in the face of reinforcing a habit. Addiction is a combination of ignorance, inhibited free will, habit, and procrastination.

Recovering from substance abuse can be very difficult, and most recovery often involves a period of trying to discover why one felt compelled to use so much. Never have there been greater needs or greater numbers of people suffering from addictions. It’s time to begin to address them. The easiest way to get on the right track is by thinking of recovery as a process. What this means is that you will need to realize why you decided to use and that you will need to be able to take control of it, get things done, and feel better. One must always take responsibility for his or her own actions, whether or not that action leads to addiction. Often we are caught up in our feelings and do not consider the other side. While there is no single excuse for addiction, for some people, the choice to use drugs is simply the results of a difficult upbringing or experiences.

Addiction can be thought of as a form of obsession. Our obsession can bring a sense of psychological dependency. When it comes to willpower, often psychologists have empirically identified that avoidance or redirection can be more powerful than willpower, facing something head on intellectually. This can be effective but appears as if pitting one biological reaction against the one you aim to avoid. This could be a more beneficial or productive action, but it could also render another obsession shadowing the first. A ready example would be that Alcoholics Anonymous often is a strong proponent of religion and so its effectiveness could be seen as a “healthy” (subjective) obsession in place of an unhealthy one. Marijuana as medicine can act as a similar fashion, as society is more accepting about it, as well as over the counter or prescription drugs (because they are “over the counter”).

The intellect and will are capable of overcoming, once, and only once, we are aware. But like the natural reward system can be reinforced or weakened, so can the intellect and will. As the A.I. said above, “one must always take responsibility for his or her own actions”. This alone can, in some ways bring shame and guilt, and so often a natural emotional response to this line of thinking is defensive denial or deflection. But on the other side of taking responsibility is uplifting empowerment, rendering the situation changeable or mutable. If one has self-knowledge and therefore a sober view of one’s life, one’s inner dialogue can, therefore, be more in tune with the reality in one’s own life rather than the imagery in the fantasy world that engulfs our lives. Ignorance is no excuse.

Once we are aware, accountable, and aim to strengthen the will to overcome, we realize that: the disease of the will is aided by the thought that the will is diseased. Like a mathematical equation, the terms “disease” seemingly cancel each other out and we are left with the “thought” aspect. This article is meant to address and question that collective “thought” in the contemporary clinical conversation. Contrasted with accountability, being called a disease can have the benefit of lifting some blame, shame, and guilt, but it also has the dark side of helplessness and despair, especially when there is no clear cure to this “disease”.

There is no doubt that we are in the depths of existential crisis when some of the most pertinent issues of the contemporary zeitgeist are addiction, depression, and suicide. These 3 elements are not mutually exclusive, therefore are bonded and relative to each other, although there are many other complex factors involved. When the “daily struggles” or Maslow’s lowest hierarchical needs are now seemingly default and ubiquitous, but the vertical movement or attainment up the pyramid or economic ladder even, towards intellectual “daily struggles” is inhibited or possibly broken, a sense of complacency can set in. Depression and hopelessness often fills the void of that non existent physical or intellectual struggle. This on-set of depression can and often does lead to attempted remedial substance abuse coinciding with and/or coexisting with repression in the form of entertainment. Addiction is then, at that point lurking in the shadows.

The true reality of existential crisis begins to unfold when one enters a cyclical slump, or a certain period of time during which all possibilities of normal life have disappeared. The person feels useless, confused, hopeless, unfulfilled, and so on and so on. One of the things that seems to be specifically connected with depression is loss of identity. Identity was the primary drive and well being was a new phase in this evolving process. Without identity or drive, it is hard to know who one is, or even if one is really who one feels like, or even if one wants to be. This may be related to a lack of identification with the disease process, or to the combination of the disease process with trauma and secrecy that is often associated with it.

(The A.I. used the word “disease” in this last sentence to refer to depression, and not addiction. This above italicized paragraph of text was 3 separate generations from the A.I., each iterative segment plugged back in, rendering an additional subsequent segment.)

Not all people who become addicted are necessarily depressed to begin with, but often it is a corollary prerequisite.This is more important than previously thought because addiction can seriously affect a person’s life, as well as their quality of life. Having a history of depression is actually a risk factor for becoming addicted to addictive substances and other forms of addictive behavior. This can certainly be true of those who develop a problem with alcohol or drug use. However, depression can also come along with addictive behavior in which some might even say that it is caused by the addiction. It may be that many addicts become depressed in response to a downward spiral that begins with, either individually or as part of a group, a mixture of emotions such as grief and hopelessness; yet, some may also find that their “fix” is to withdraw and use drugs to feel and act the way they did when they were happy.

Addiction can so quickly creep in when we are unsuspecting and consciously unaware. Denial, repression, and compensation can subdue us until habit has formed, or even dependency. If you’ve learned to create a lie that allows the truth to exist without affecting your future, how much easier will it be to create a false past, one that will always look for your amusement and support.

*In this article I (and my partner) express the opinion that addiction is not, and should not be treated as a disease. I am fully open to disagreement on this and always welcome fiery dialogue, criticism and intellectual sparing. I understand that this may give discomfort to some, as my perpetual perception-dissecting standpoints often tend to make people feel. As an accepting and encouraging contrarian-optimist, the devil advocates for me, not the other way around. 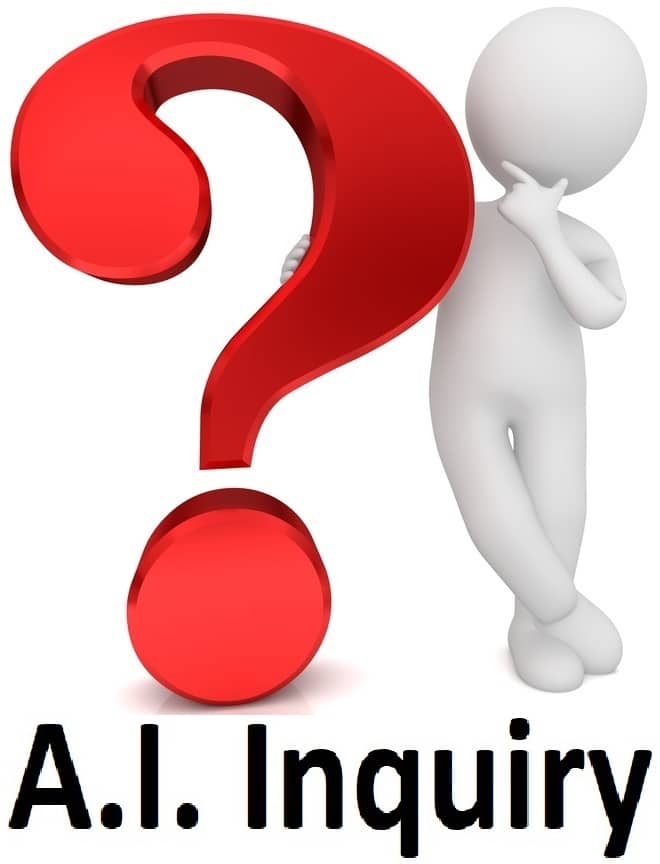 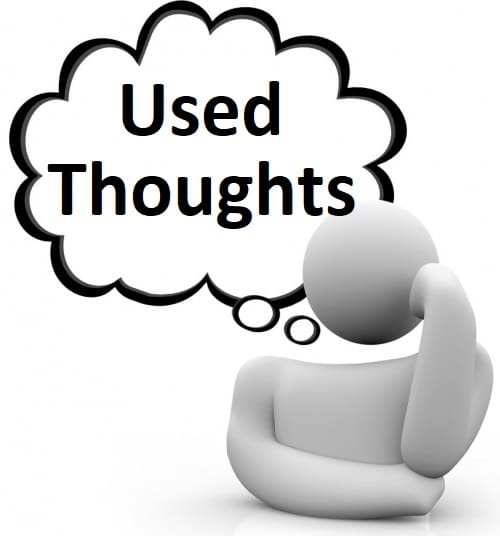